How diverse is my garden?

More about our project

Due to anthropogenic impacts, more species are threatened with extinction than ever before. In order to make society aware of this emergency, the participation of all citizens is required. With a self-developed feeding station for birds, consisting of various sensors such as camera, scale and microphone, but also environmental sensors (e.g. thermometer), birds are counted automatically and the corresponding species is identified. In a part of the more than 13 million German private gardens, whose area roughly corresponds to that of all German nature reserves, citizens set up our station. All members of the family become researchers and investigate biodiversity right on their doorstep. In addition to setting up the smart open source station in their own garden, citizens can evaluate, validate and compare the data collected in real time on an open data platform. In this way, citizens in the project not only not only inquired, but also participated in the research.

I want to participate

Analysis of the collected data

At this link you will find a website where all collected data and pictures of the station can be found.

During the worskhops we organize, the citizens build up the stations and evaluate the collected data.

On GitHub you can find a manual to build one of the stations on your own. github.com/Birdiary

Our first workshop took place at the end of April 2022, during which we assembled and set up 21 stations together with a diverse group of citizens.
We started with a welcome in the Geo 1 lecture hall, including a introduction lecture with all participants and recommendations for the construction of the stations from Dr. Jens Wöllecke as a representative of the NABU Naturschutzstation-Münsterland. Afterwards, everyone enthusiastically started assembling the stations. First, all wooden parts had to be screwed together with the help of instructions, after which the technology was attached. This all included tacking on roofing felt for weather protection, focusing the camera, calibrating the balance and setting up the home WiFi so that the station could be connected directly at home.
During a well-deserved lunch break, all participants were able to fortify themselves with soup. After lunch, the participants continued to set up the technology at four parallel workstations. After a short waiting period and the solving of a few minor problems, everyone was able to successfully assemble, set up and test their own station. Most of the stations are now running in the gardens or balconies at home.
Have fun browsing through the videos of the birds and all other recorded data of the stations: https://wiediversistmeingarten.org/view/

Learn more about our second workshop 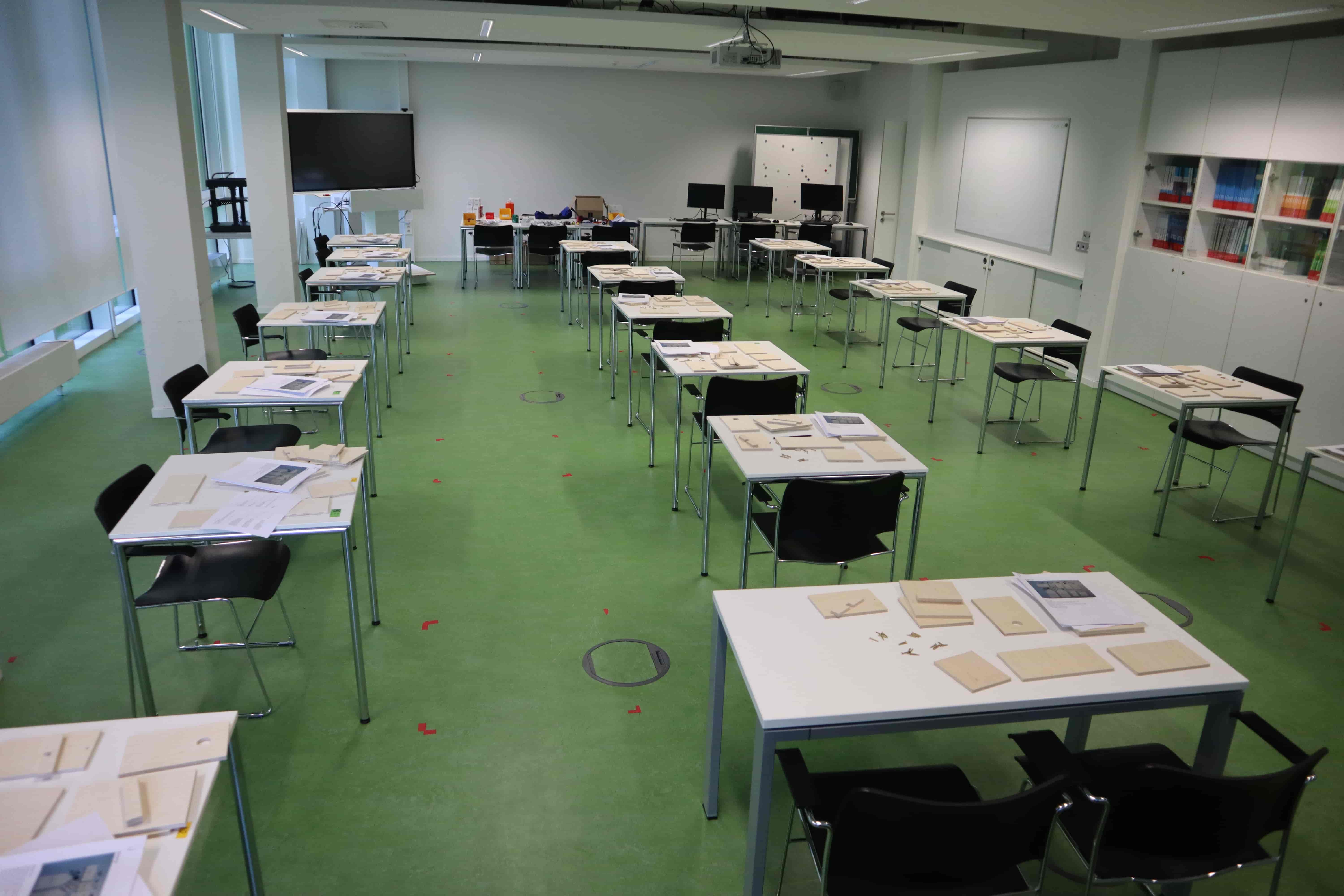 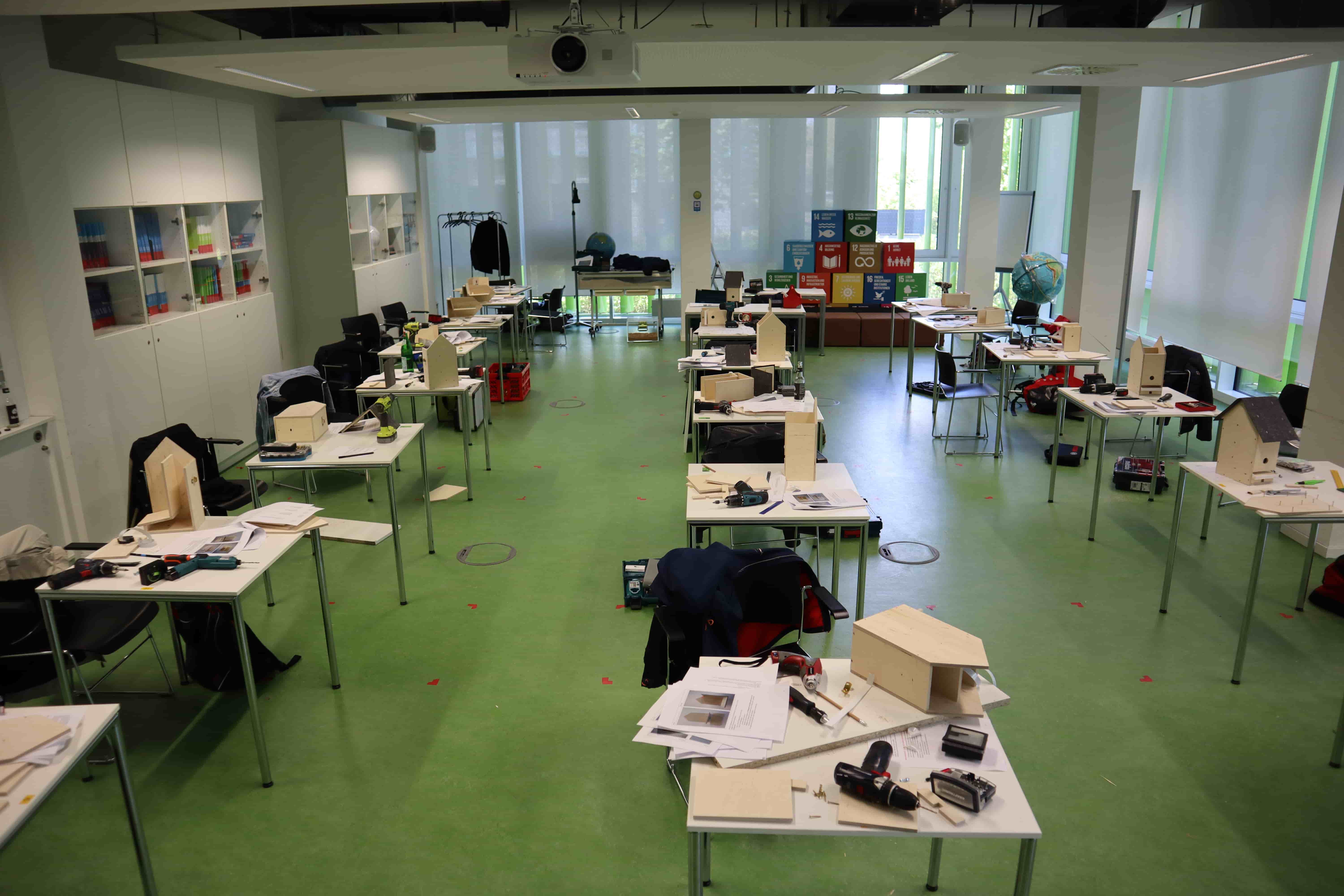 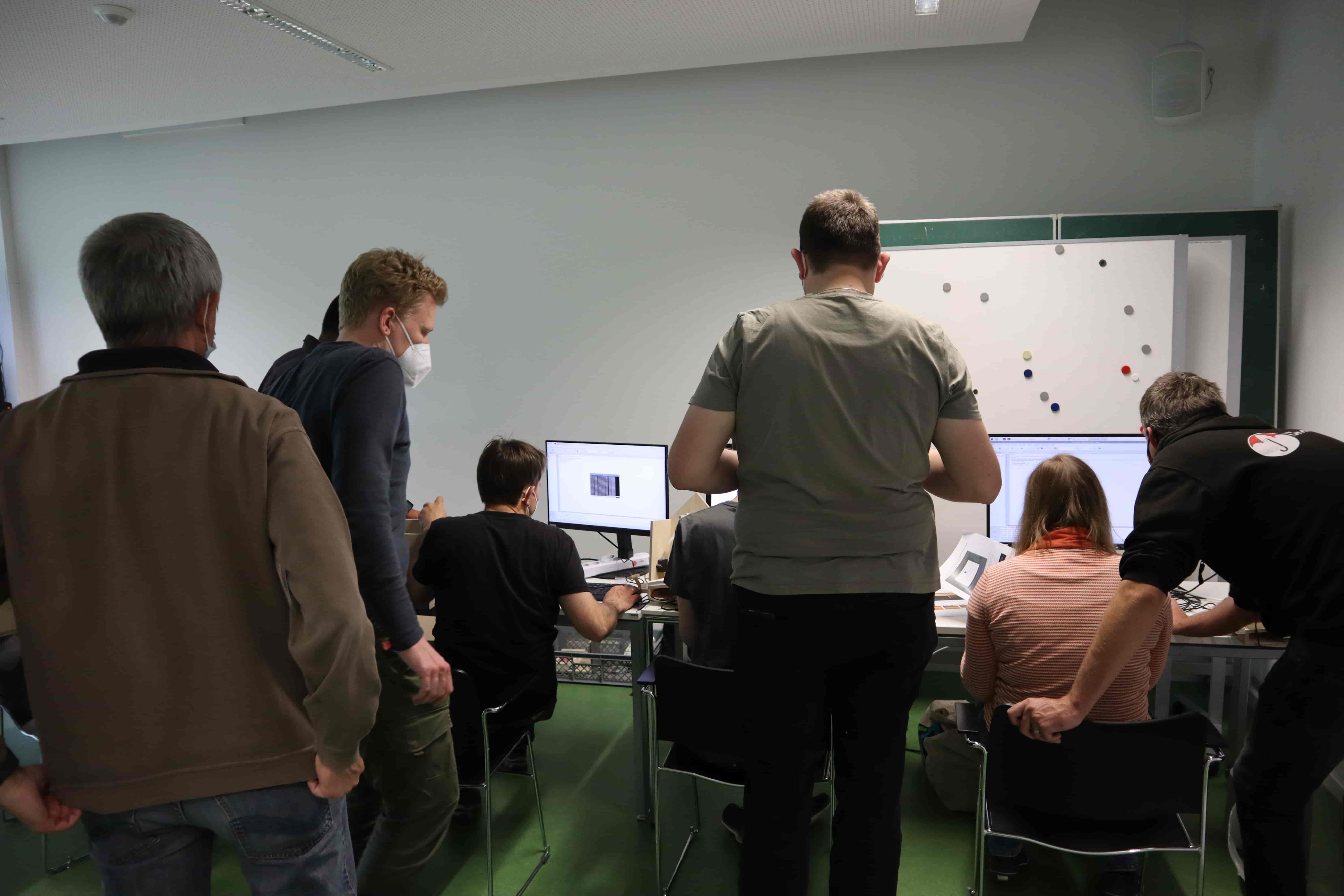 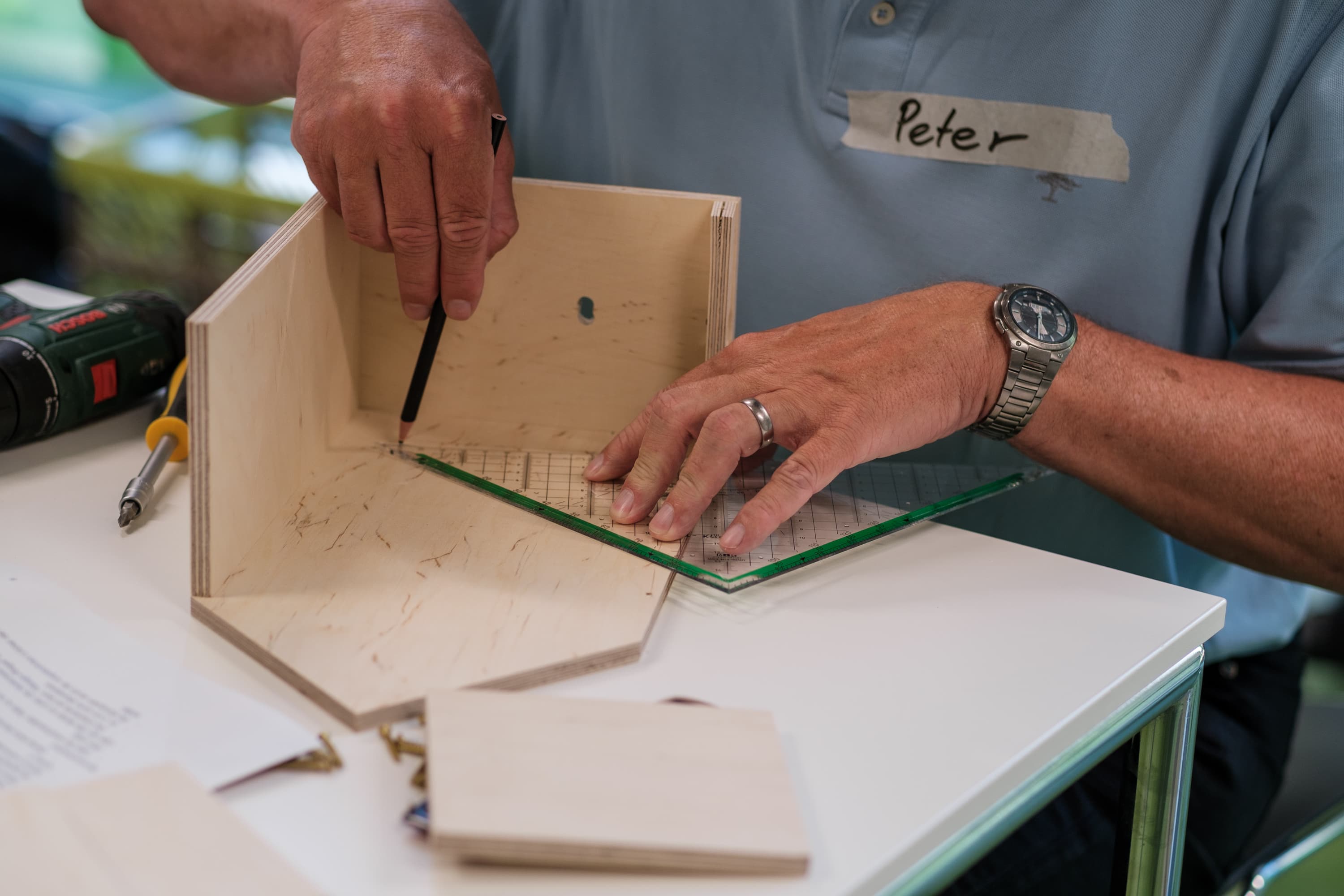 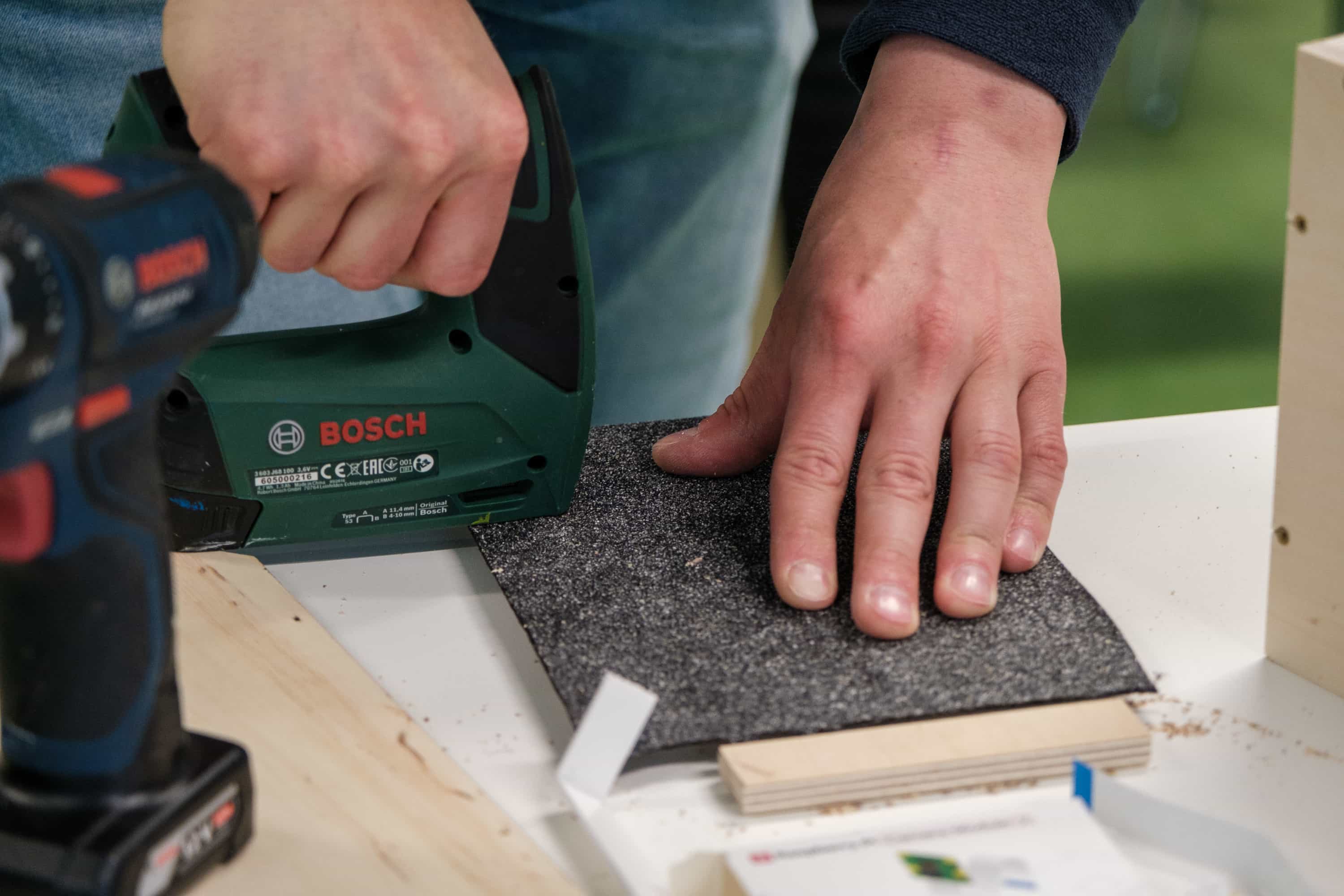 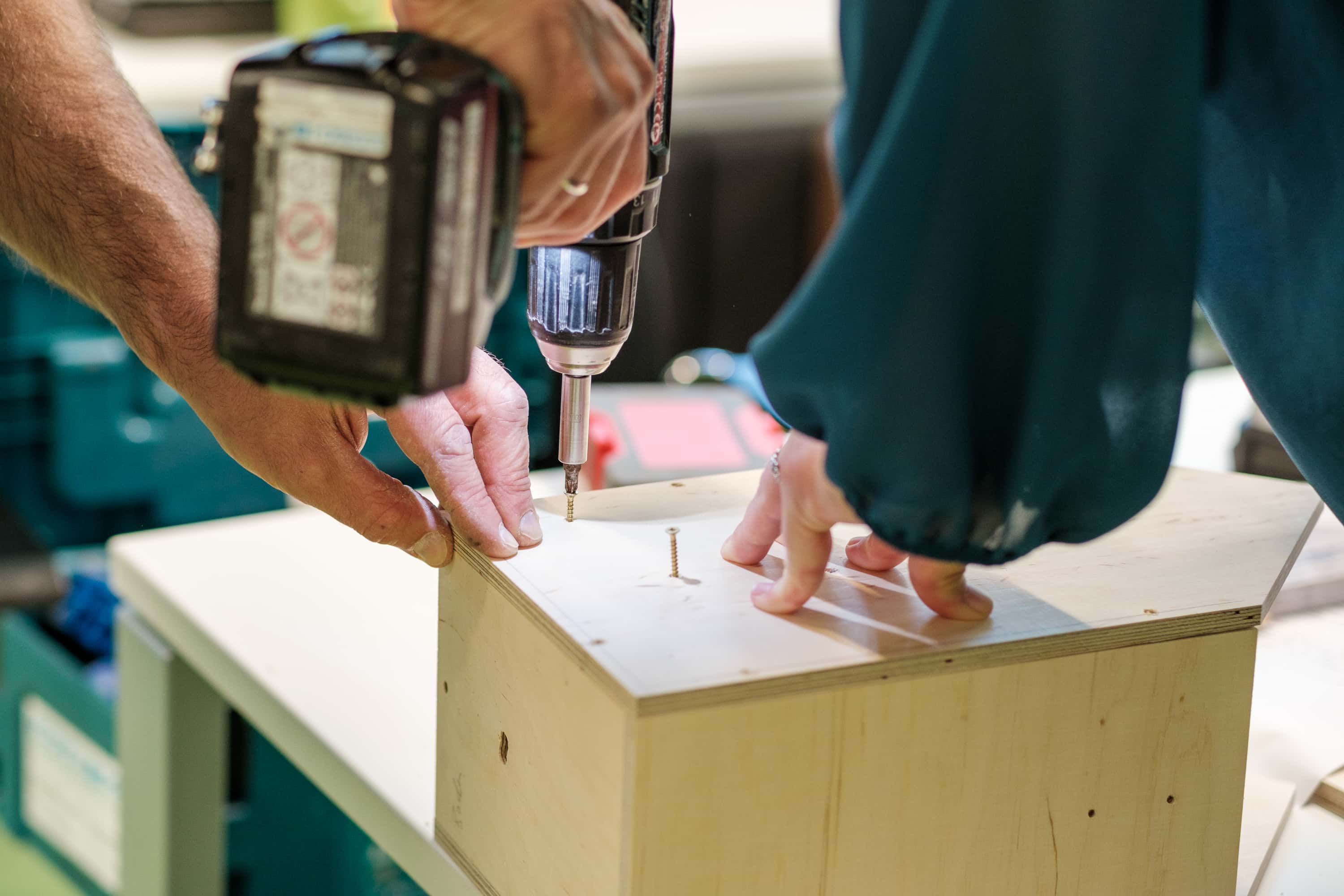 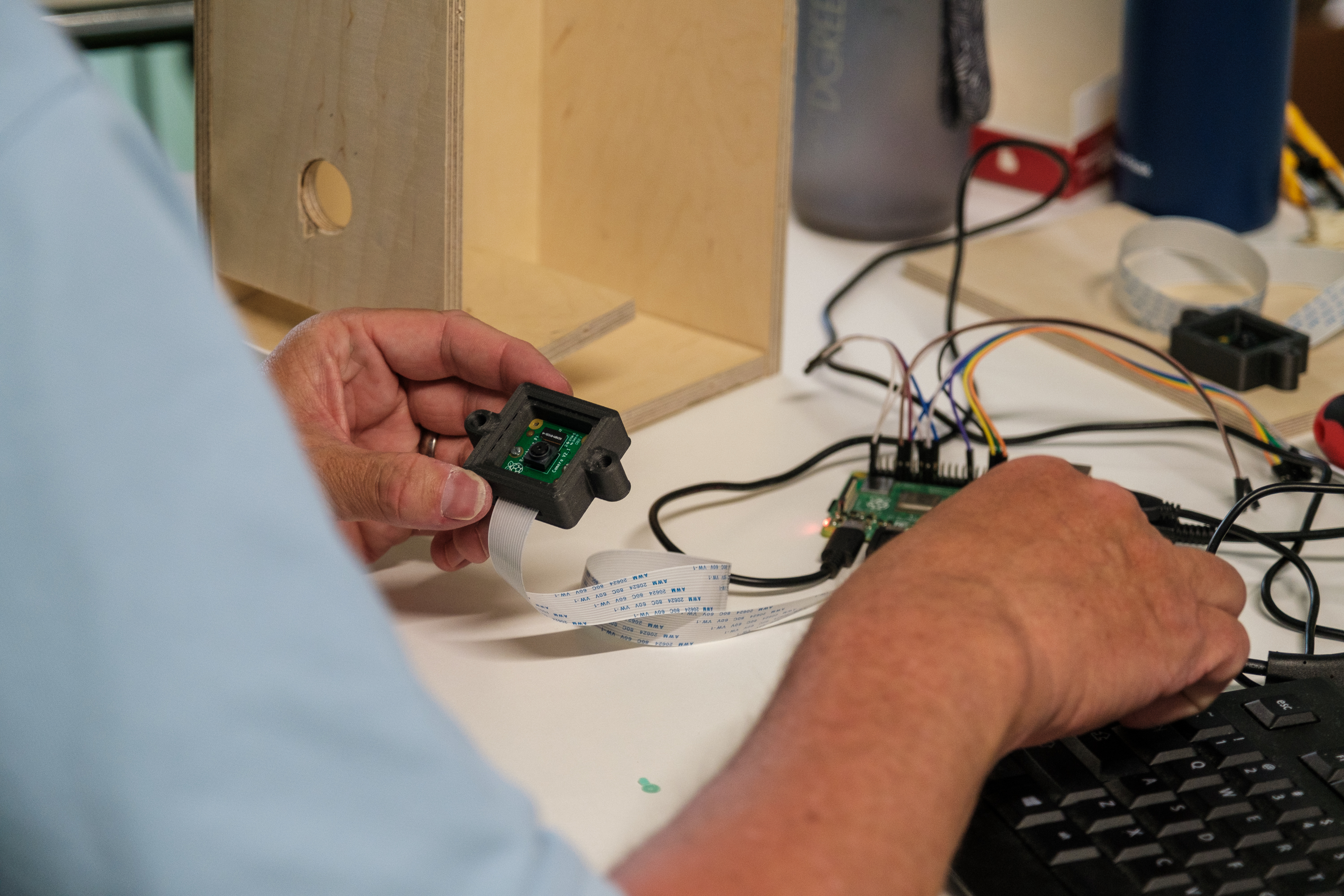 After 185 measuring days, we again invited the citizens with stations to a workshop to exchange experiences with the smart feeding station. We met with about 15 people in the GEO1 building of the University of Münster. We started with a short report about the current project status. In total, more than 94,000 birds have already been recorded and more than 1,200,000 environmental measurements have been carried out. We were surprised that 719 birds visited a station on a single day. This meant that the station had to be regularly refilled with new food. After our report, the citizen-scientists presented what changes they had made to the station. We were very impressed by all the improvements: Different mounting options, improvement of the feed bar and output, empty food alerts, secure mounting of the sensors and data storage in case of internet failure. Afterwards there was a discussion, where further experiences were exchanged and possibilities for improvement were discussed. After the intensive exchange of ideas, the participants went straight on to implement some of the possible improvements in small groups. Defective sensors were replaced, the sensors were winterized, and or Plexiglas windows were installed to control the feed level. In the meantime there was a lunch break with a strengthening soup. At the end of the workshop, everyone met again for a final round in which the progress was presented and wishes and goals for the future were discussed. One of the wishes was to continue the lively discussion in an online forum. We have therefore set up a Discord server for you: https://discord.gg/VBDy7sXgzK Feel free to fly by and don't be afraid to join in! 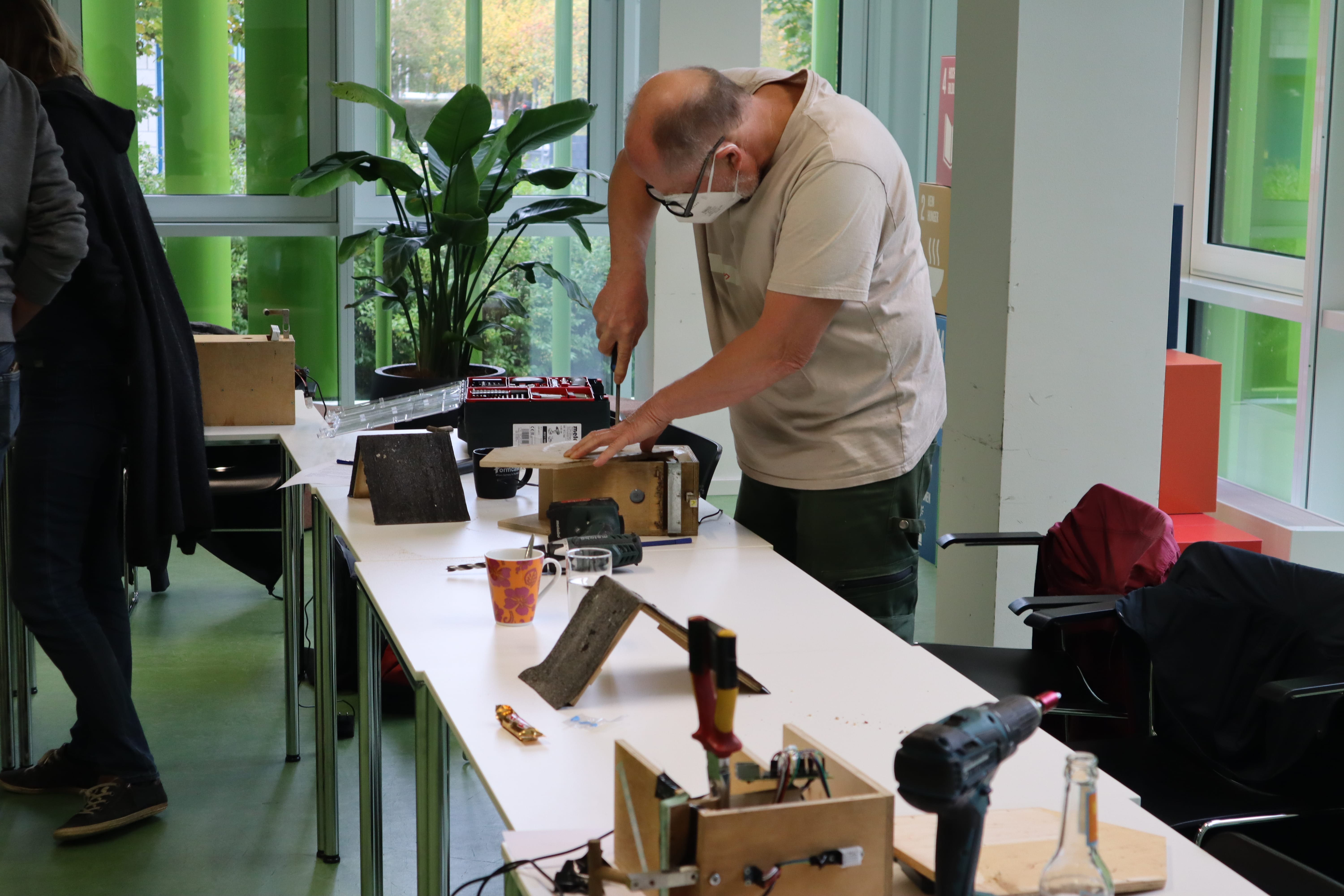 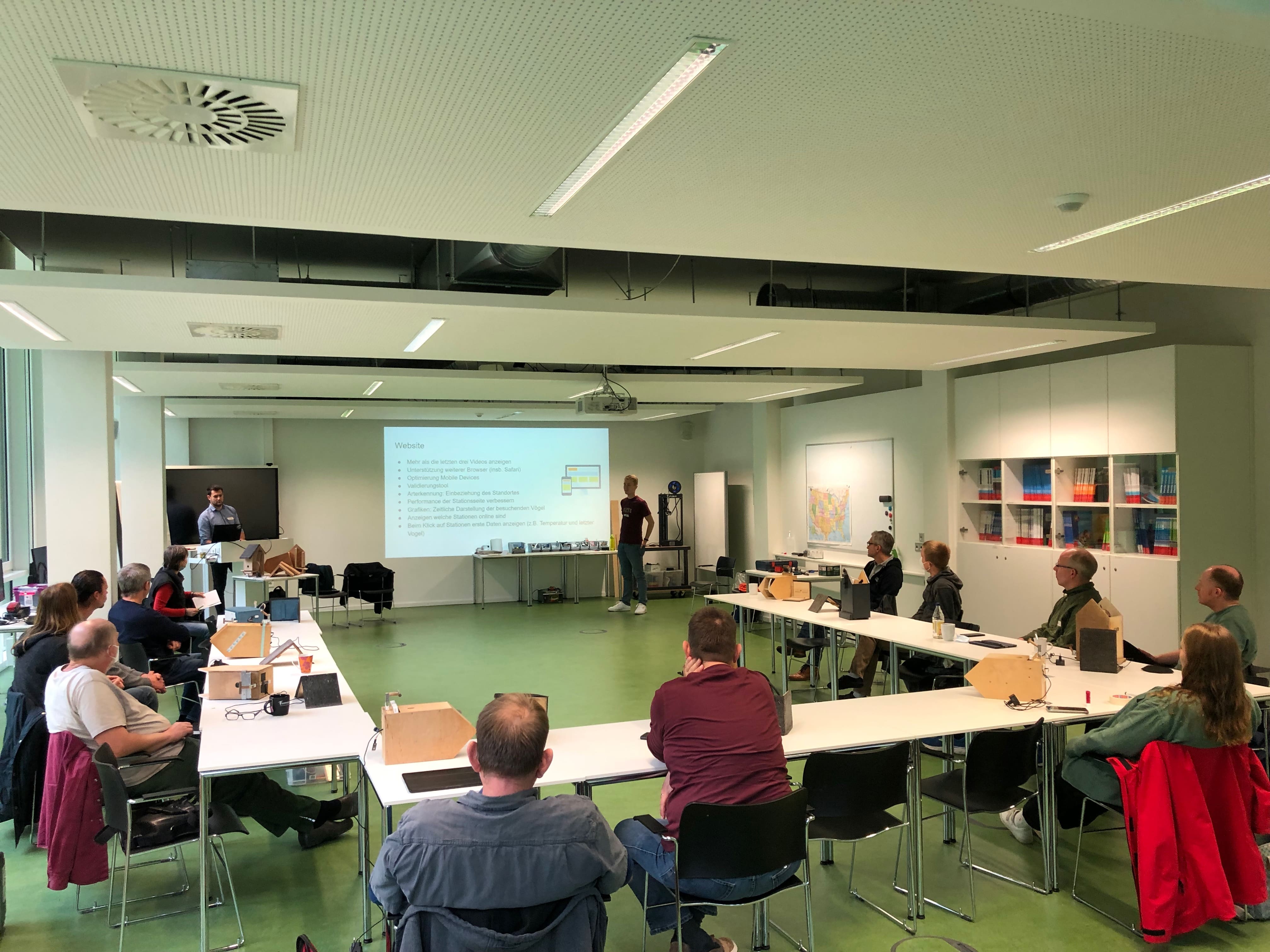 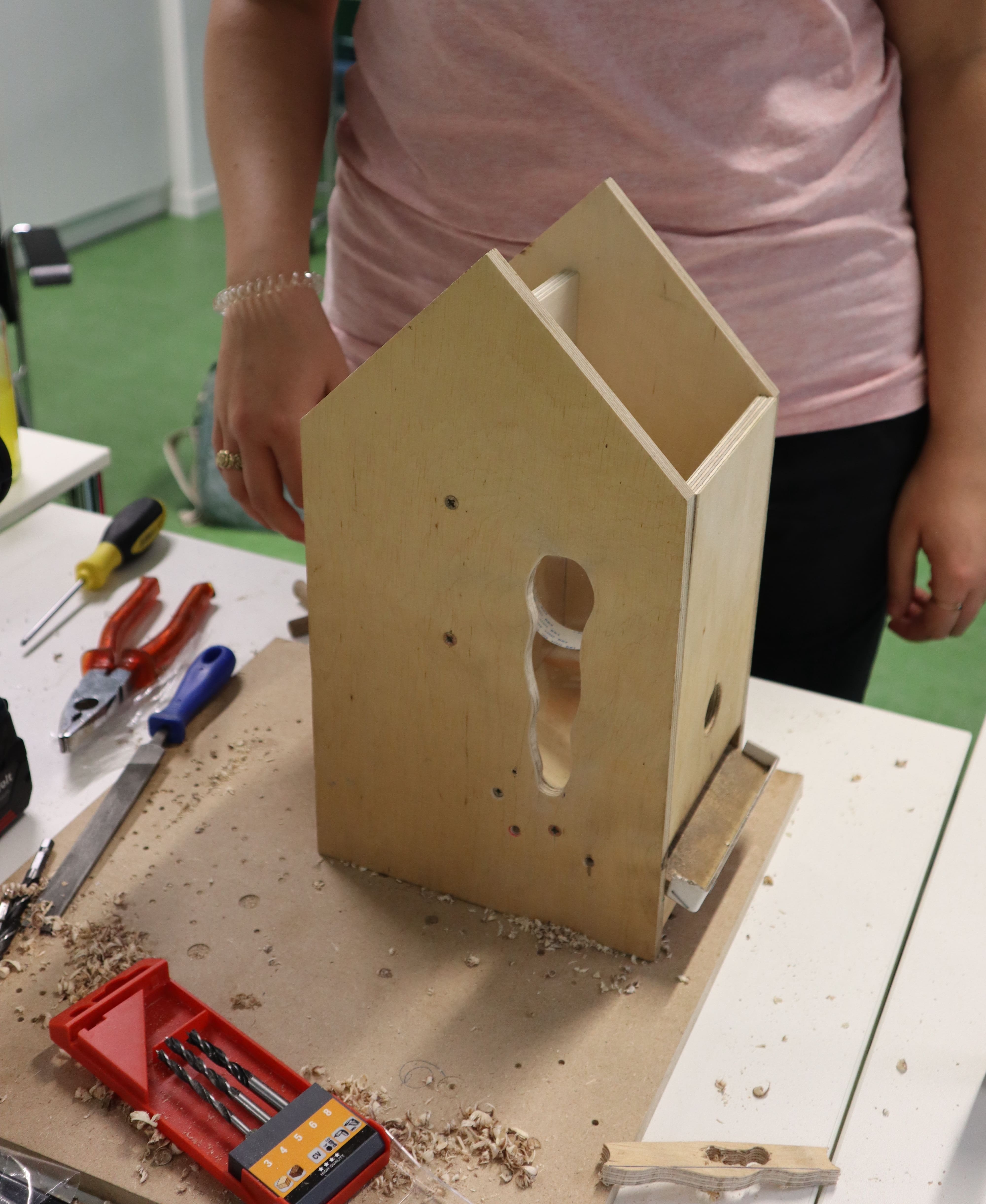 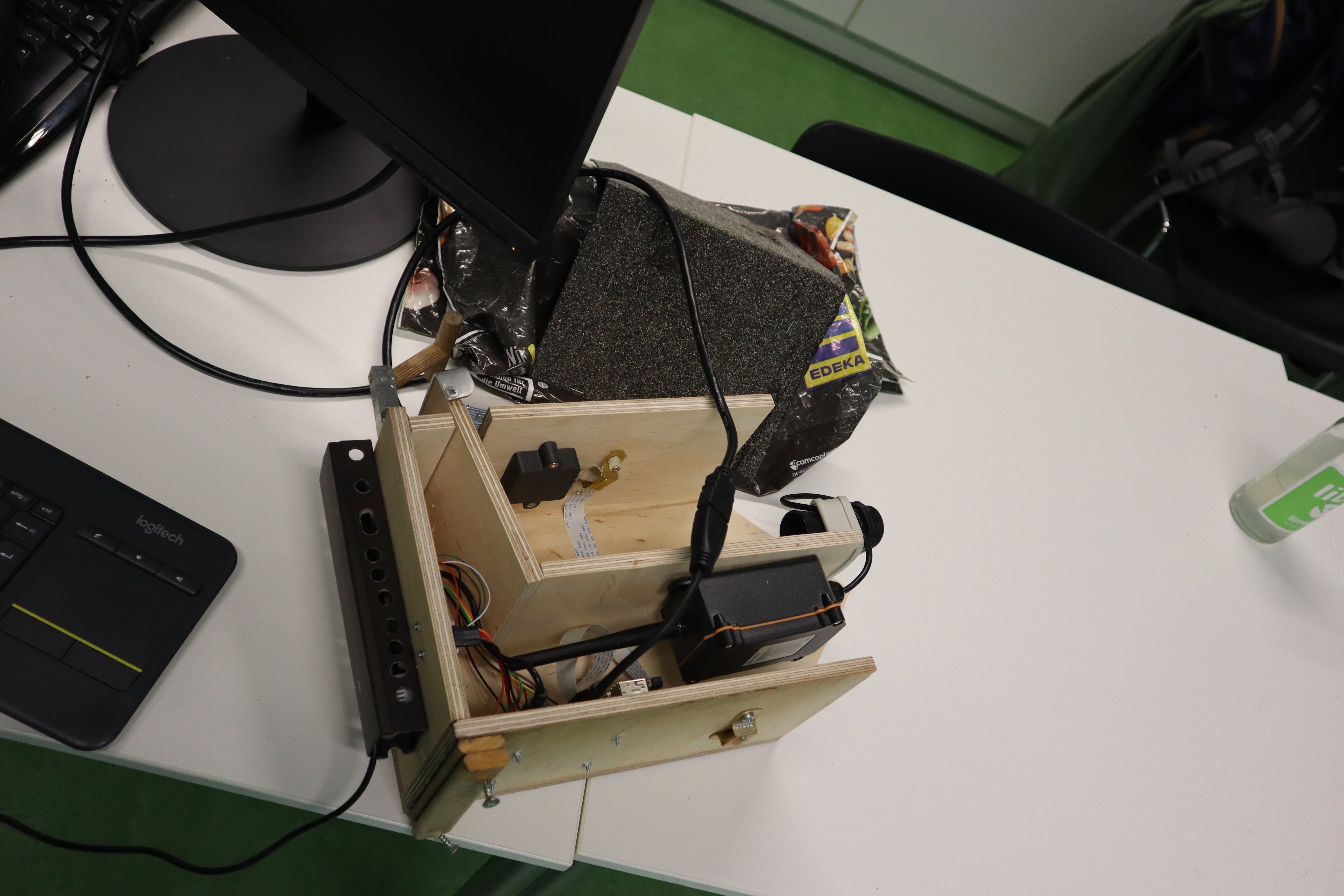 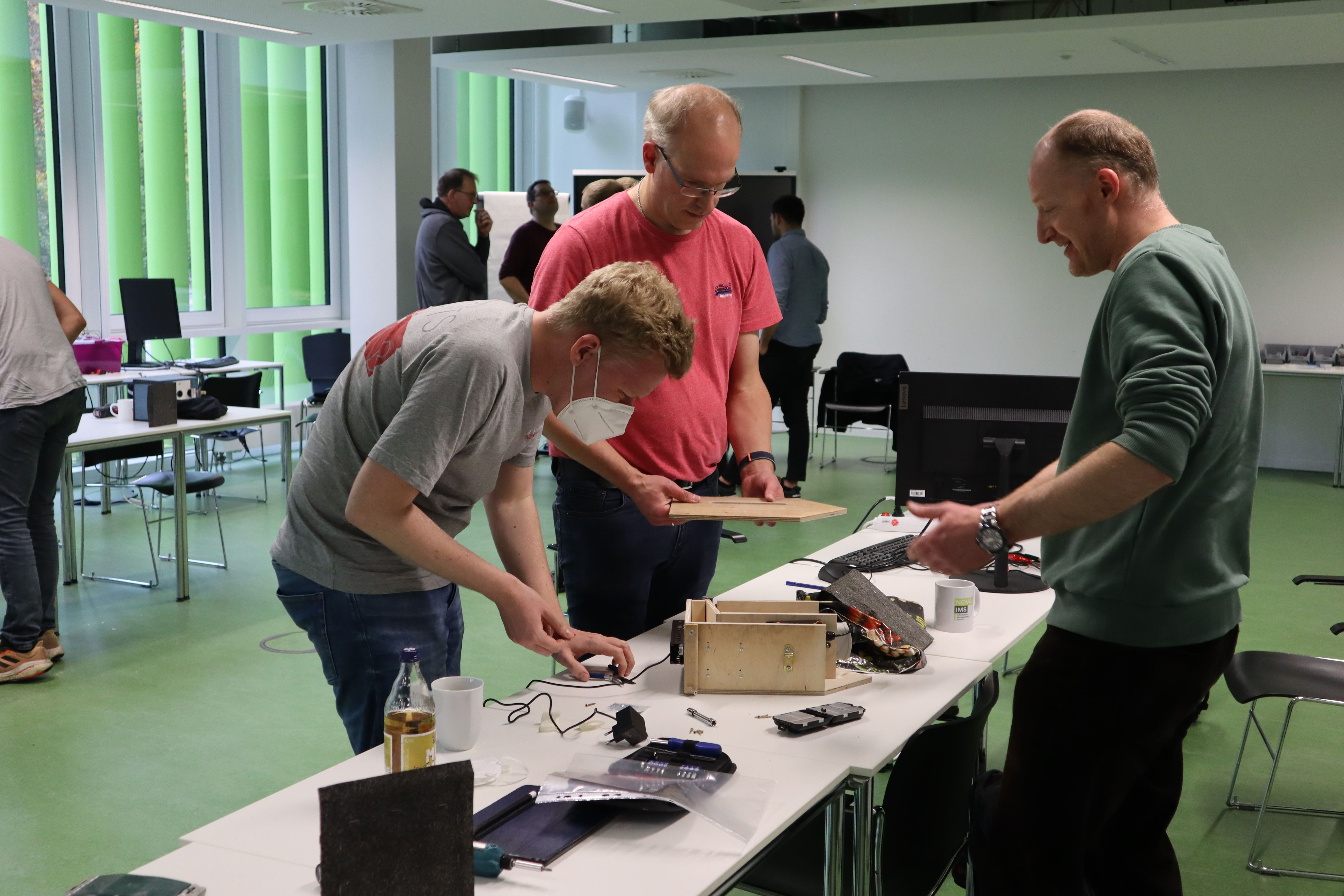 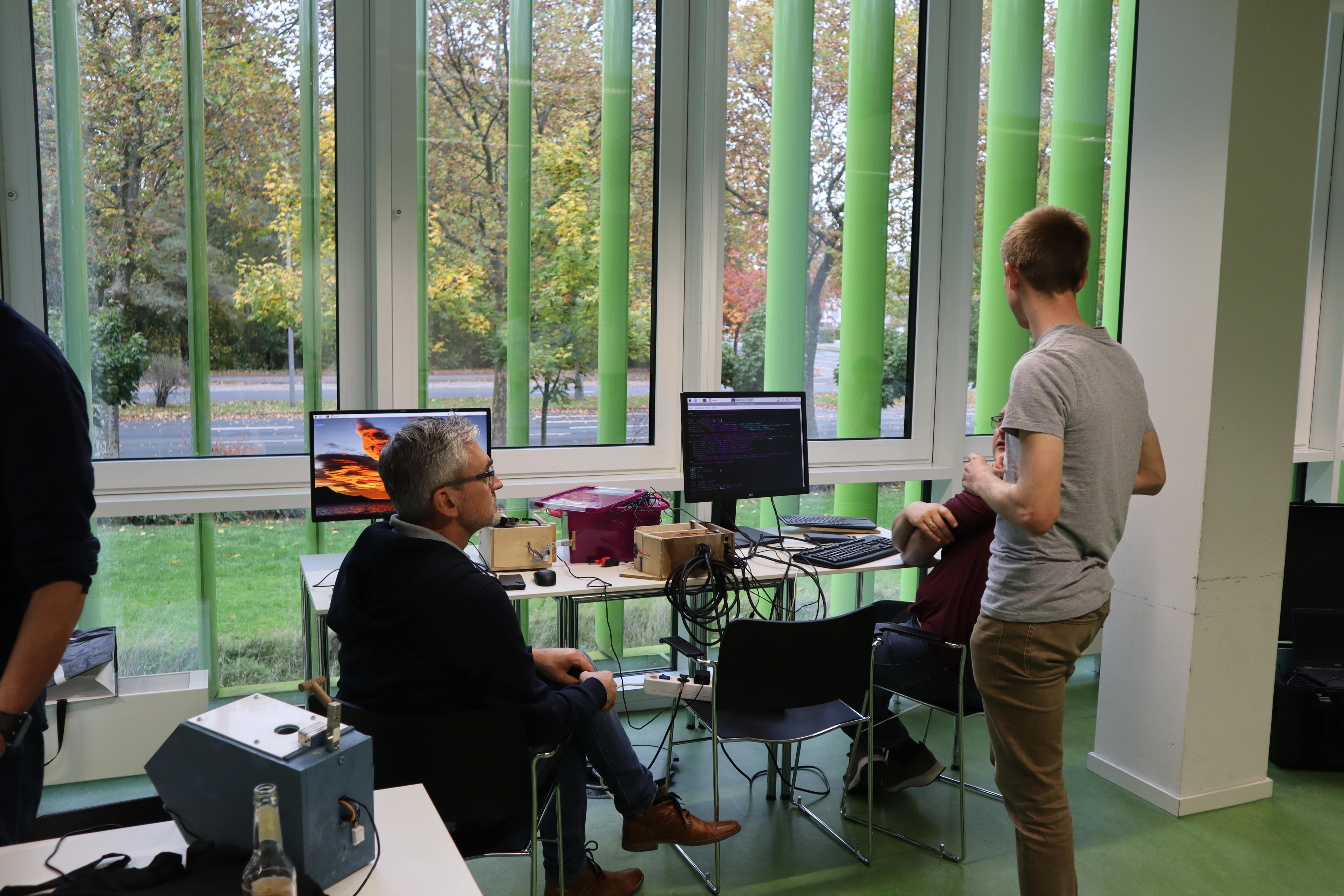 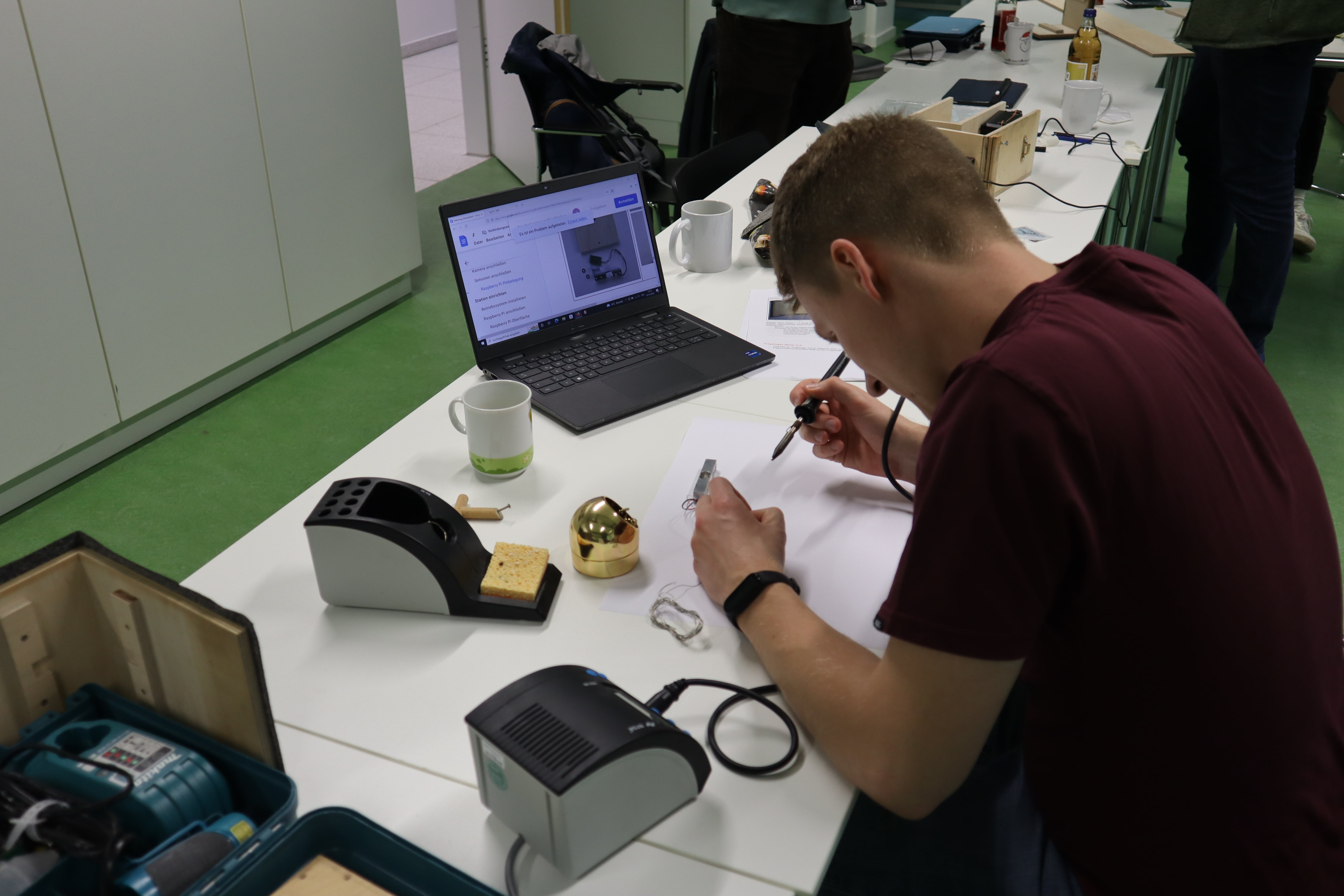 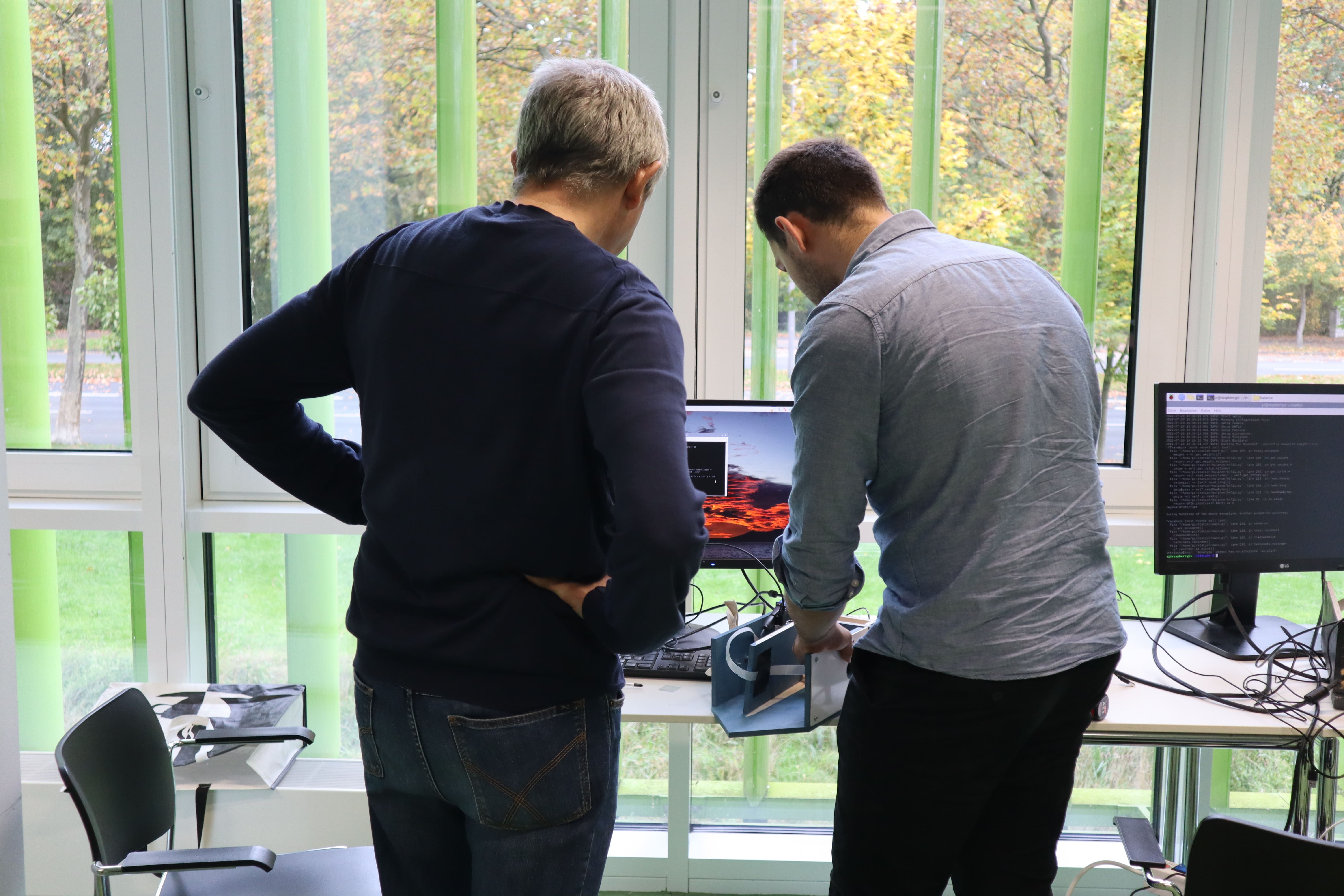 Development of a smart camera that can count birds and determine their species. 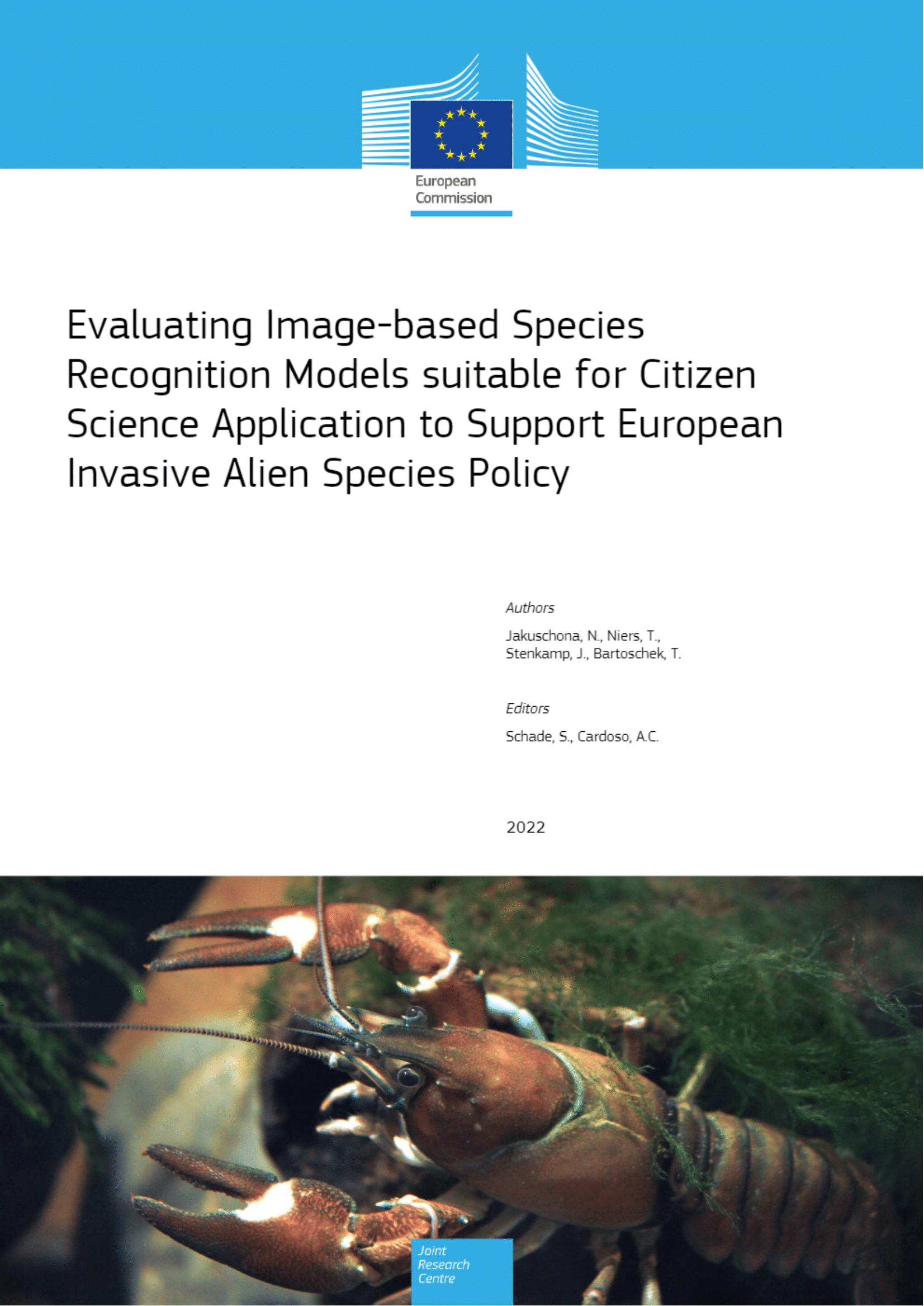 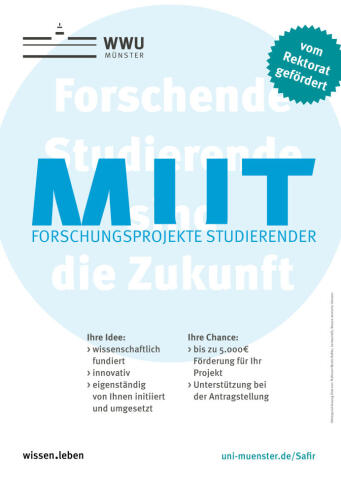 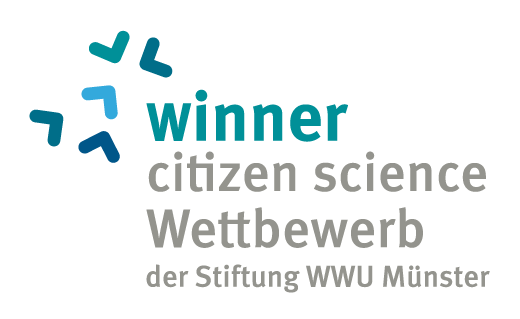 Winning the Citizen Science Competition of the WWU Foundation 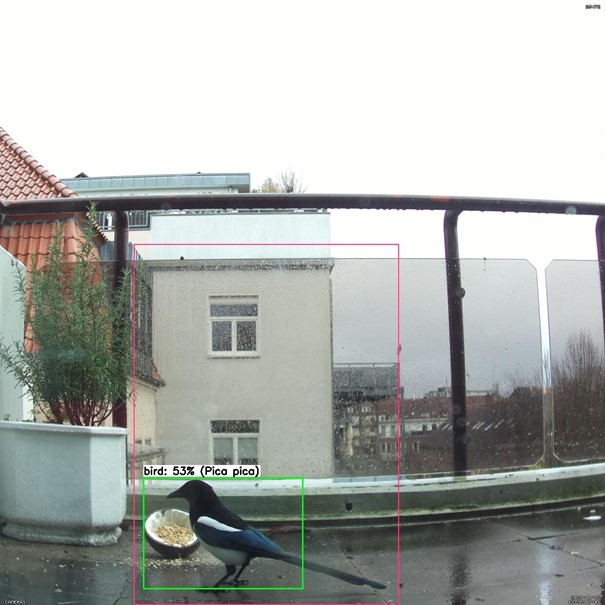 Development of the smart feeding station and carrying out the Citizen Sicence project "How diverse is my garden?"

For any questions or comments you can contact us by phone:

or reach us via the following e-mail: info@wiediversistmeingarten.org


or you write directly to one of the team members